ARL Statistics is one of the annual surveys that FSU takes part in. 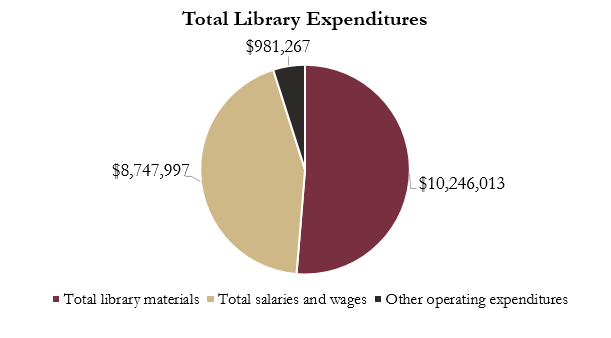 The greatest amount of money is being spent on Library Materials. Further breaking down where that money goes results in the following: 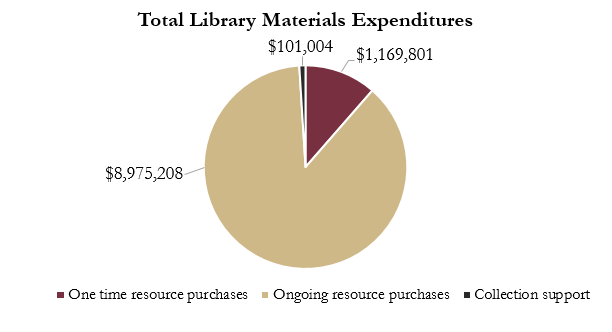 Within this category, FSU Libraries spends the most money on paying for ongoing resource purchases. This includes paying for subscriptions and annual licensing fees.

Salaries and Wages is the second largest category of spending for FSU Libraries. 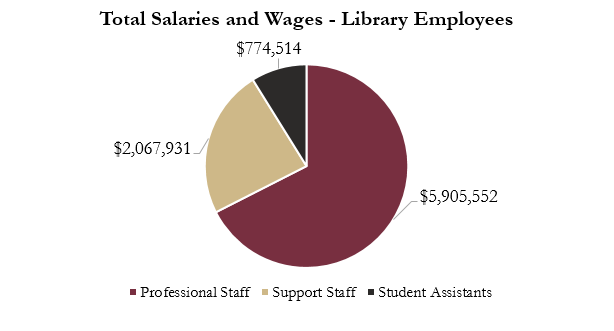 There was a total of 262 library employees classified as FTE (full-time equivalent).