The Official Document System (ODS) is the repository of the United Nations parliamentary documents in six official UN languages. It includes documents of the Security Council, the General Assembly, the Economic and Social Council and their subsidiaries, as well as administrative issuances and other official content.

UN Pulse on the Sustainable Development Goals supporting the efforts of the UN and its partners to build a better world with no one left behind.

With 197 Parties, the United Nations Framework Convention on Climate Change (UNFCCC) has near universal membership and is the parent treaty of the 1997 Kyoto Protocol. The Kyoto Protocol has been ratified by 192 of the UNFCCC Parties.

The ultimate objective of both treaties is to stabilize greenhouse gas concentrations in the atmosphere at a level that will prevent dangerous human interference with the climate system.

1. Status of Multilateral Treaties Deposited with the Secretary-General

Status of over 560 major multilateral instruments deposited with the Secretary-General of the United Nations. Covers a range of subject matter such as Human Rights, Disarmament, Commodities, Refugees, the Environment and the Law of the Sea.

A collection of treaties and international agreements registered or filed and recorded with and published by the Secretariat since 1946, pursuant to Article 102 of the Charter. The collection currently contains over 200,000 treaties and related subsequent actions which have been published in hard copy in over 2,700 volumes.

5. Summary of Practice of the Secretary-General as Depositary of Multilateral Treaties

This on-line publication prepared by the Treaty Section of the Office of Legal Affairs highlights the main features of the practice followed by the Secretary-General in the daily exercise of depositary functions. Contains models of instruments, depositary notifications, etc.

This publication contains detailed record of treaties and related subsequent treaty actions which were registered or filed and recorded with the Secretariat on a given month.

A principal organ of the Organization, the Trusteeship Council was active from 1947- 1994. Because the organ no longer meets regularly, researchers are often unfamiliar with the working methods of the Council and the pattern of documentation. The guide aims to help people research this fascinating chapter of the UN’s history through identifying key documents and providing guidance on the types of documents produced during the course of its work.

The Decolonization guide provides an overview of the documentation patterns of some of the key parliamentary bodies related to this topic, including the Fourth Committee and the Special Committee on Decolonization. The Special Committee considers matters related to all non-self-governing territories except the trust territories and the pattern of documentation is similar to that of the Trusteeship Council. The Decolonization guide lists key General Assembly resolutions on the topic and links to some of the recurrent reports of the Secretary-General. The guide is offered as a starting point for researchers and focuses on UN documentation.

From MDGs to Sustainable Development for ALL: Lessons from 15 Years of Practice (UNDP / World Bank) 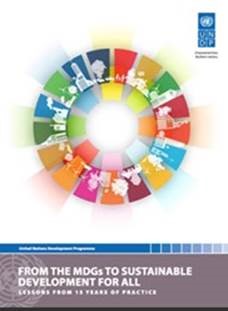 This Report draws on conclusions of National Millennium Development Goals (MDG) Reports from over 50 countries as well as the breadth and depth of UNDP’s own experiences supporting the MDGs in over 140 countries. The Report analyses what worked under the MDGs and why. It ends with 10 concrete recommendations for SDG implementation, suggesting the policies, processes and practices that may help local leaders, change agents and stakeholders maximize the impact of Global Goals

UN and SDGS: A Handbook for YouTh (ESCAP) 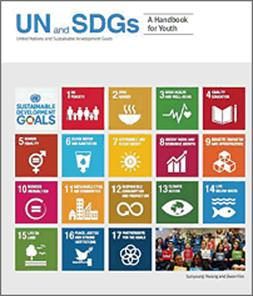 "UN and SDGs: A Handbook for Youth" explores SDGs and the 2030 Agenda from a youth perspective. In the first chapter, it introduces the concept of sustainable development and outlines its historical development through the transition from Millennium Development Goals (MDGs) to SDGs. The second chapter discusses how youth can be harnessed as a major agent of change in achieving sustainable development, focusing on several pertinent youth issues in Asia and the Pacific. The final chapter introduces the UN system and its regional arm, ESCAP, explaining their role in the successful implementation of SDGs.

2018 Report on the World Social Situation: Leaving No One Behind – The Imperative of Inclusive Development (DESA) 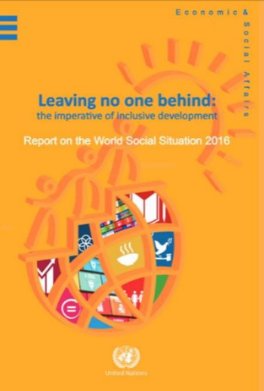 The 2016 Report on the World Social Situation, released on 30 November 2018 by UN DESA, examines the social, economic and political disadvantages that some groups of the population face, namely youth, older persons, ethnic minorities, indigenous peoples, migrants and persons with disabilities. It also makes policy recommendations to help governments overcome development hurdles and address barriers that limit people’s access to opportunities. 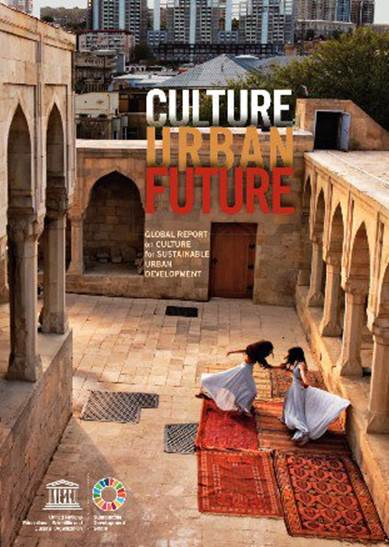 The Report serves as a point of reference, with over 100 case studies detailing how development policies in line with UNESCO's Culture Conventions on the protection and promotion of tangible and intangible cultural heritage, the diversity of cultural expressions and cultural industries can benefit cities by addressing unemployment, social inequality, discrimination and violence.

The report released on 21 March 2017 by the United Nations Development Programme (UNDP) finds that although average human development improved significantly across all regions from 1990 to 2015, one in three people worldwide continue to live in low levels of human development, as measured by the Human Development Index due to systemic, often unmeasured, barriers to catching up. The report calls on a stronger focus on those excluded and on actions to dismantle these barriers is urgently needed to ensure sustainable human development for all.

On International Women’s Day, 8 March 2017, UNAIDS has released a report which shows that there is an urgent need to scale up HIV prevention and treatment services for women and girls. The report shows that globally in 2015, there were 18.6 million women and girls living with HIV and 470 000 women and girls died of AIDS-related illnesses. It also shows that women are more vulnerable to HIV than men. Domestic violence and sexual abuse have been shown to increase the risk of HIV among women. 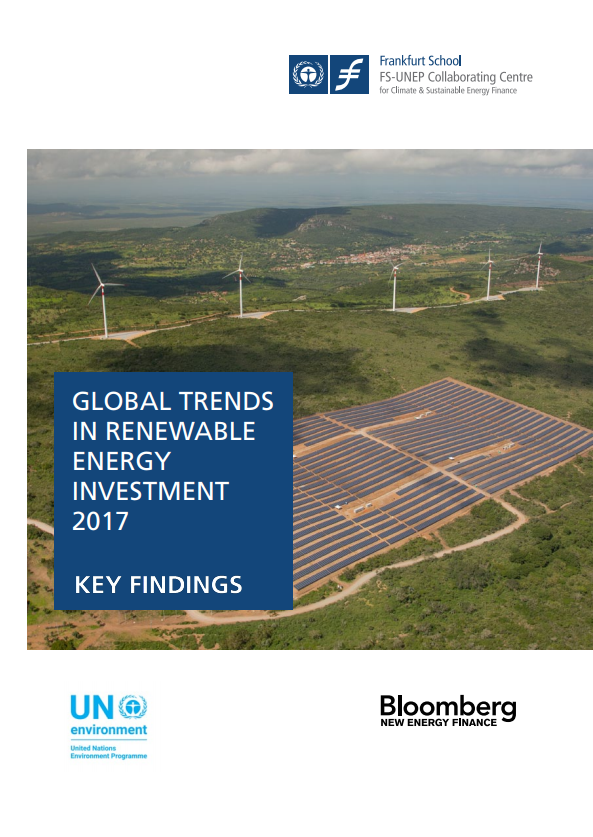 Published on 6 April 2017 by UN Environment, the Frankfurt School-UNEP Collaborating Centre, and Bloomberg New Energy Finance, provides an overview of trends in renewable energy investment. The report finds that all investments in renewables totaled $241.6 billion (excluding large hydro). These investments added 138.5 gigawatts to global power capacity in 2016, up 9 per cent from the 127.5 gigawatts added the year before. 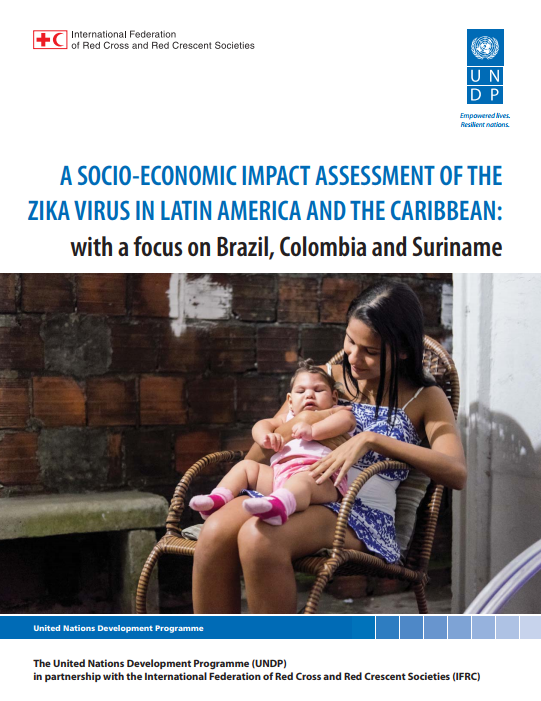 The United Nations Development Programme (UNDP), in partnership with the International Federation of the Red Cross and Red Crescent Societies (IFRC), produced this assessment of the socio-economic impacts of Zika on countries, families and communities, and to examine institutional responses in the Latin America and the Caribbean region. 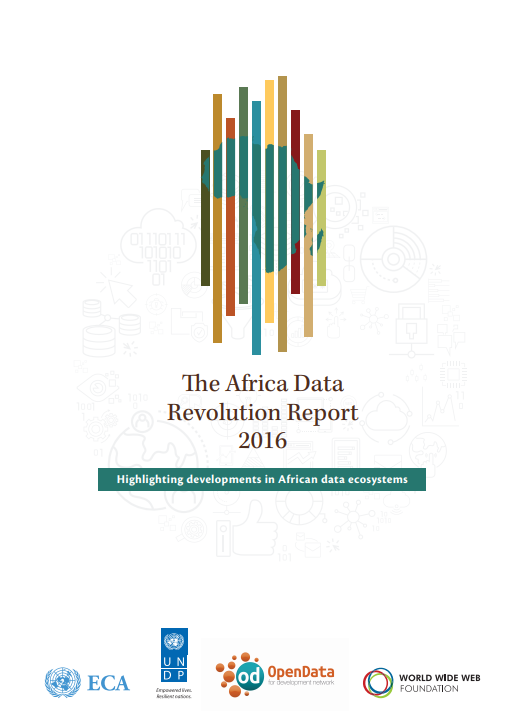 The African Centre for Statistics at the Economic Commission for Africa (ECA) has launched the Africa Data Revolution Report (ADDR) 2016, a biennial report highlighting developments in African national data ecosystems. The ADRR focuses on mapping the data ecosystem in Africa with reference to the production, distribution and use of data by public, private and civil society actors, as they relate to the 17 United Nations Sustainable Development Goals. It draws from in-depth case studies of national data ecosystems in 10 African countries: Côte d’Ivoire, Ethiopia, Kenya, Madagascar, Nigeria, Rwanda, Senegal, South Africa, Swaziland and Tanzania.

The report, launched on 16 May 2017 at UN Headquarters, confirms the projections made in the World Economic Situation and Prospects 2017 in January 2017 of a modest recovery in global growth for 2017-2018. The report identifies a tentative recovery in world industrial production, along with reviving global trade, driven primarily by rising import demand from East Asia. World gross product is expected to expand by 2.7 per cent in 2017 and 2.9 per cent in 2018, unchanged from UN forecasts released in January this year. This marks a notable acceleration compared to just 2.3 per cent in 2016. 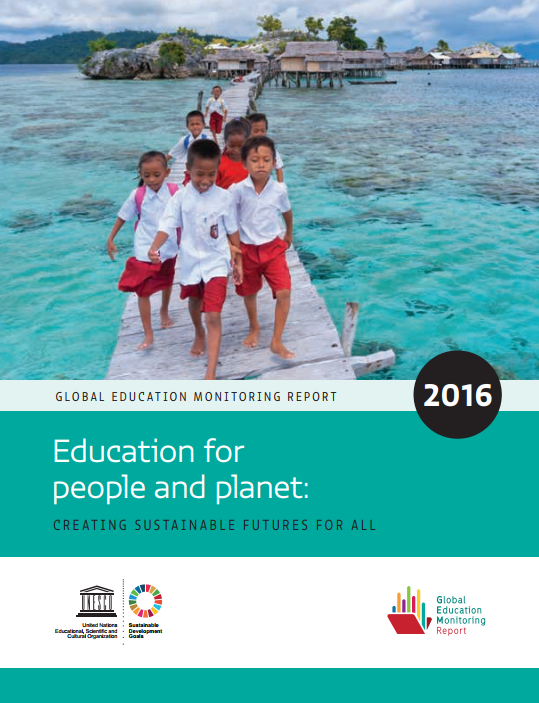 The GEM Report provides an authoritative account of how education is the most vital input for every dimension of sustainable development. The report also emphasizes the remarkable gaps between where the world stands today on education and where it has promised to arrive as of 2030. 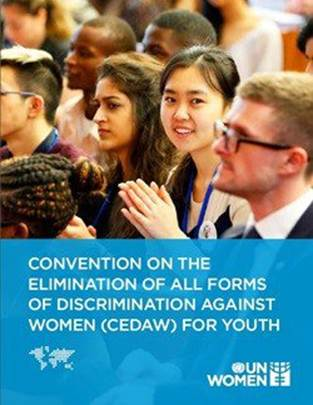 This resource explains why Convention on the Elimination of All Forms of Discrimination Against Women (CEDAW) is important to youth, describes CEDAW’s impact in advancing gender equality and human rights for women and girls around the world, and summarizes the articles of CEDAW, including the specific forms of discrimination that must be ended and how CEDAW is implemented and monitored. 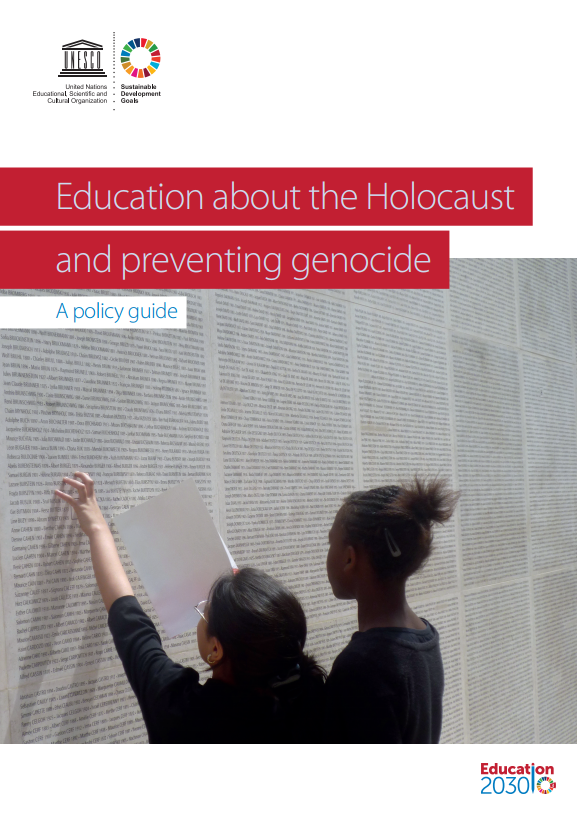 Education about the Holocaust and preventing genocide: A policy guide (UNESCO)

The United Nations educational and cultural agency has launched a first-ever policy guide for education on the Holocaust and, more broadly, genocide and mass atrocities. It provides effective responses and recommendations to facilitate debate on these issues in classrooms, and is the first step in a series of projects conducted in partnership with the United States Holocaust Memorial Museum and with the support of the Canadian Ministry of Foreign Affairs.

The State of the World's Children

The report provides unique data and analysis of malnutrition in the 21st century and outlines recommendations to put children’s needs at the heart of global and national food systems.